Bit by Bit, Piece by Piece

It's a long process. Stick with me, folks, it will end. 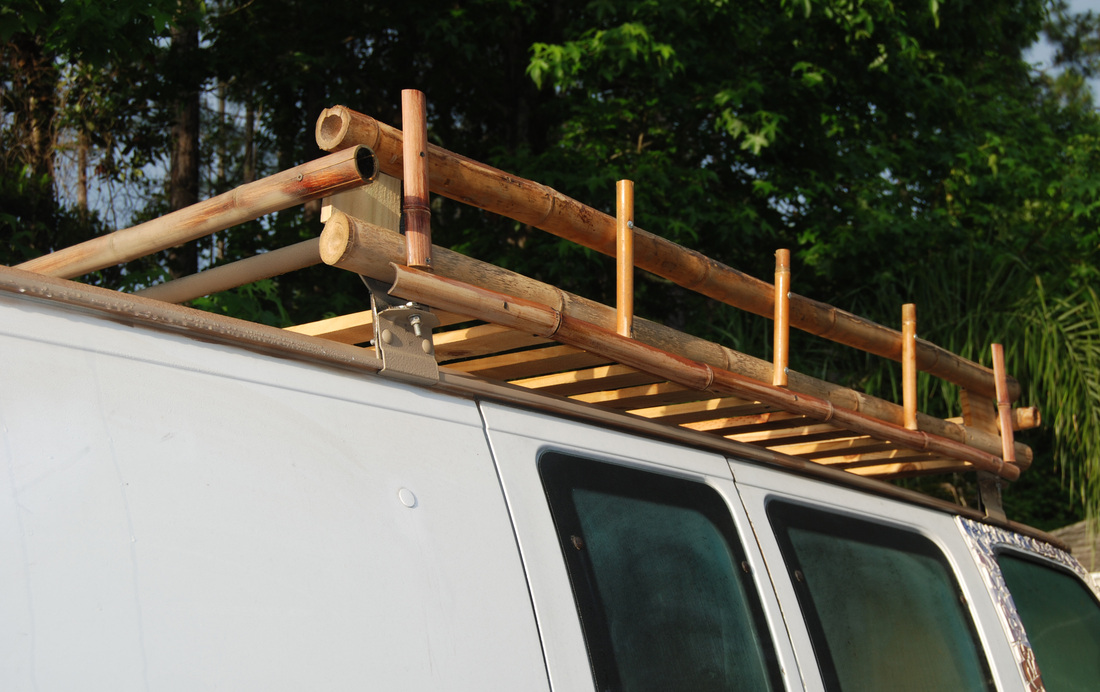 The Bamboo Roof Rack is ...DOWN.

Ok, here's the rub. The roof rack looked good but was entirely un-functional. As in dangerously un-functional. It was not lashed properly, and instead was screwed in, so bit by bit, in the highway travels, it became dangerous to the drivers in back of me. I lost several poles, the rubber insulation on the roof...the rack was removed. My insurance company sent me a thank-you card.

I have totally changed my thought process on staying in the van as an overnight option. Unless I drive it to Mexico. Then, perhaps. But I've managed to defray costs of cheap motels rather than making the van "livable." I'm a girl. I like showers. And someday, when my beautiful LuLuBelle goes to live in some museum or is purchased by a surf shop (or, which is the more likely scenario, becomes yard art...), then I'll look into a camper van, already outfitted with bells and whistles. If I live that long.
NEXT PAGE